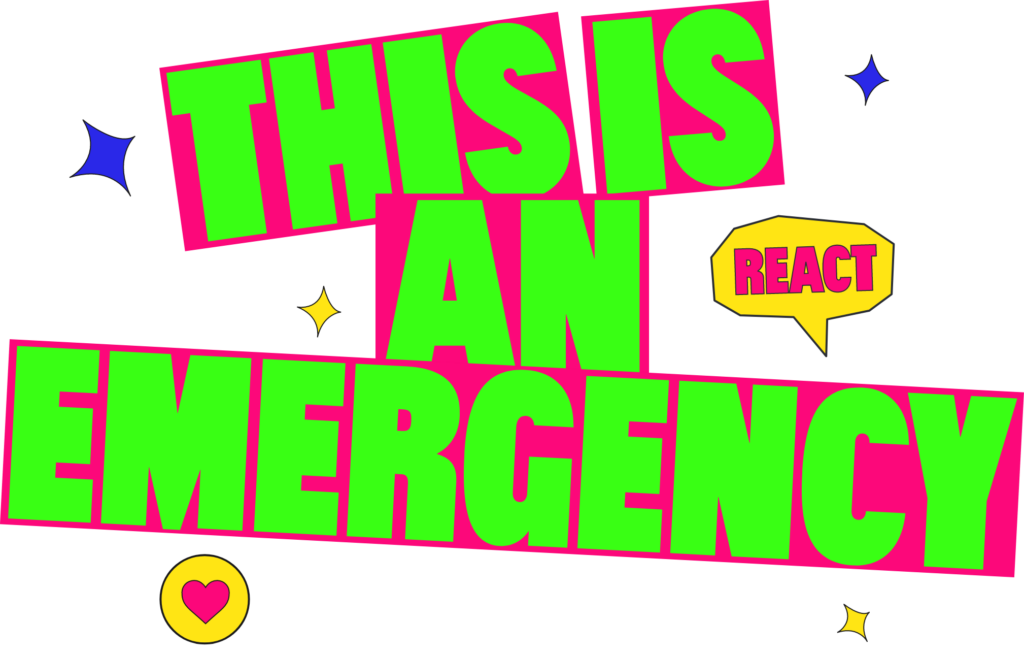 WHY WE FOUNDED emergency reactor

We need to have a serious conversation.
We are losing the battle to address the climate emergency.

We can choose to do the same, and save the planet within the next decade.

The deﬁnition of madness is doing the same thing over and over again expecting or hoping for a different result. That’s what we’ve done by expecting to replace fossil fuels with renewables alone.

WE CAN’T CONTINUE TO WASTE TIME.
WE NEED TO REACT NOW.

WHY WE
FOUNDED
emergency
reactor 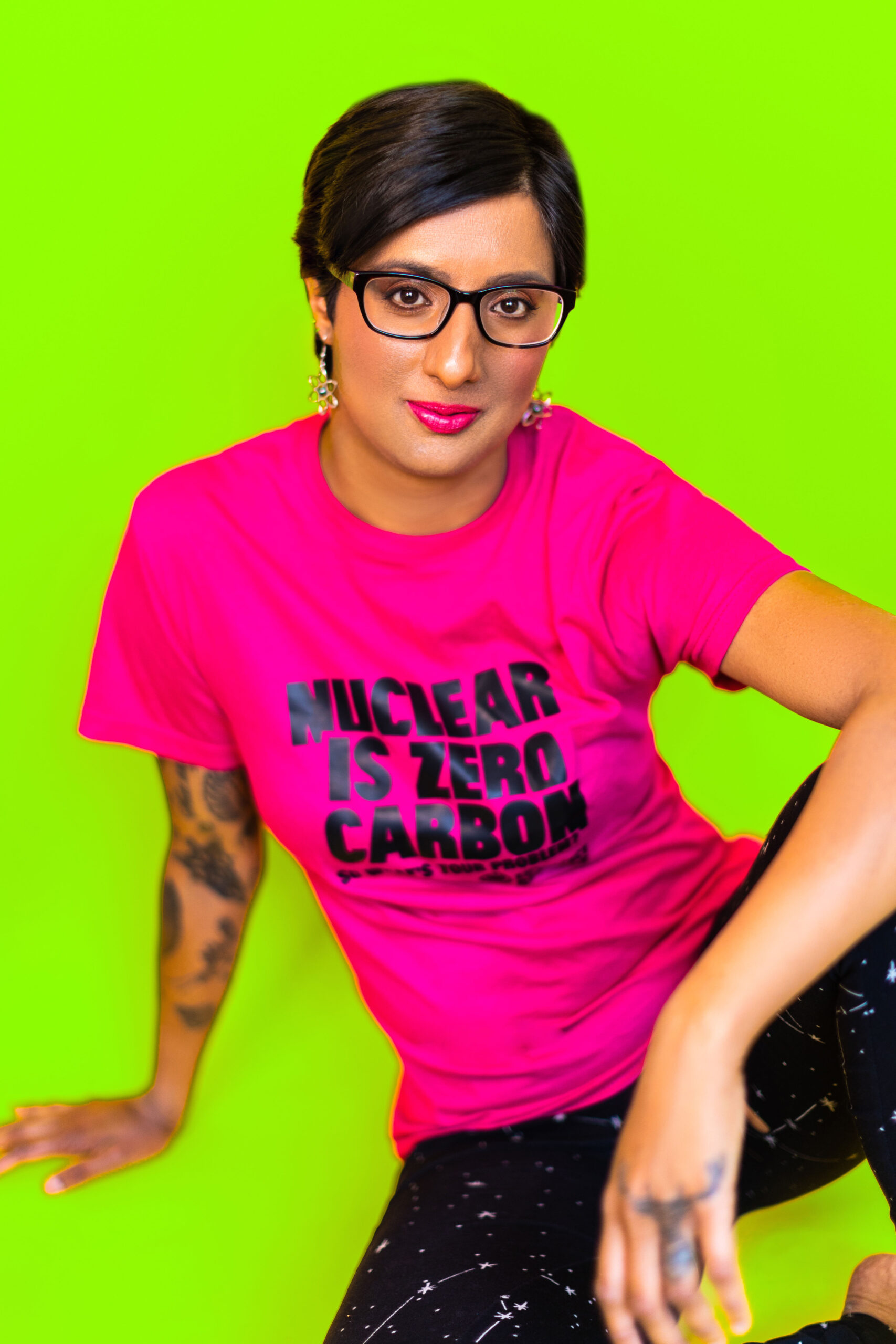 I’ve been a climate activist for as long as I can remember. I had eco-anxiety when I was a kid. Made my parents recycle before kerbside collection was a thing. Never learned to drive (and still don’t). Went vegan at 18 before it was cool, quit flying. I was arrested for climate direct action multiple times in my early 20s.

For many years I used to argue for renewables. I helped to found my university’s first ever green group, which we called the Campaigns Forum, and together we convinced our university to switch to ‘green’ – renewable – energy.

Then I had children, and I wrote an evidence-based book on green parenting which was endorsed by Bill McKibben, Natalie Bennett, and many other prominent greens. My book contained a chapter on vaccinations. I wanted to present the science to green parents, but I was attacked and called a ‘Big Pharma shill’…

I went back to university to learn to understand and communicate data better, and completed an MSc in Science Communication, while raising two daughters.

I have seen first-hand what poverty looks like, and it is never far from my mind because my family abroad still lives in that reality. They need energy justice, and I’m determined to create a space in the green movement to talk about addressing it. Environmental discussions cannot continue to exclude social justice issues.

The fact is that two billion of our fellow humans already live in a reality that is as terrible as the scenarios of potential societal collapse that are depicted by climate activists in wealthy nations.

I became a spokesperson for Extinction Rebellion, finally able to talk about climate change to a large audience – but unable to talk about solutions. I started to question the idea of living with less energy, as I could see that the world around me was clearly finding new ways to use more energy, not less, all the time. I also read the science, and realised that solar and wind power cannot do it alone. And that they need a reliable back up energy source, which is currently usually fossil fuels.

I used to argue that battery storage to make renewables better was just around the corner, and I still hear people argue this today. But over time, I realised that I couldn’t keep making this same argument. I realised that climate change was getting worse and that we don’t have time to wait to turn more corners.

An Intergovernmental Panel on Climate Change (IPCC) report eventually brought me around to nuclear energy. It wasn’t easy to admit that I had been wrong. Previously I had protested and spoken out against nuclear power. But rich countries need reliable, non carbon energy to wean off of fossil fuels, and poor countries need clean energy to develop. No matter how you look at it, the solution comes back to energy.

So I changed my mind, publicly, to advocate for nuclear – and some traditional green activists now call me a ‘nuclear industry shill’.

I don’t work for any industry. I am only a mother, raising daughters, with family living in poverty in the Punjab, who is worried about climate change and wants future generations to inherit a better world.

The changes that we make to address climate change must be based on robust evidence, else we risk making things worse instead of better. We cannot continue to ‘shill’ our way through the Anthropocene. We need to react now, rationally, based on scientific evidence.

I have co-founded Emergency Reactor with this in mind. I hope you’ll get involved. 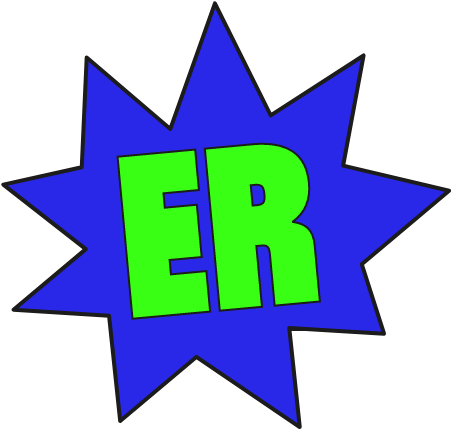 Draw facts from reliable international bodies (the UN, the IPCC, WHO), not from ideologically driven ‘green’ groups or boomer generation ideologues.

You can’t have it both ways. Stop hanging onto hippie-era conspiracy theories and join us in the fight of our lives to end this climate emergency.

It’s not too late to be on the right side of history.

Aim for 50% nuclear at least, as per the science. Extreme over-regulation and lack of financial commitment have let costs of nuclear soar.

It doesn’t have to be this way. Many countries are building reactors quickly and at very low cost. What are you waiting for? 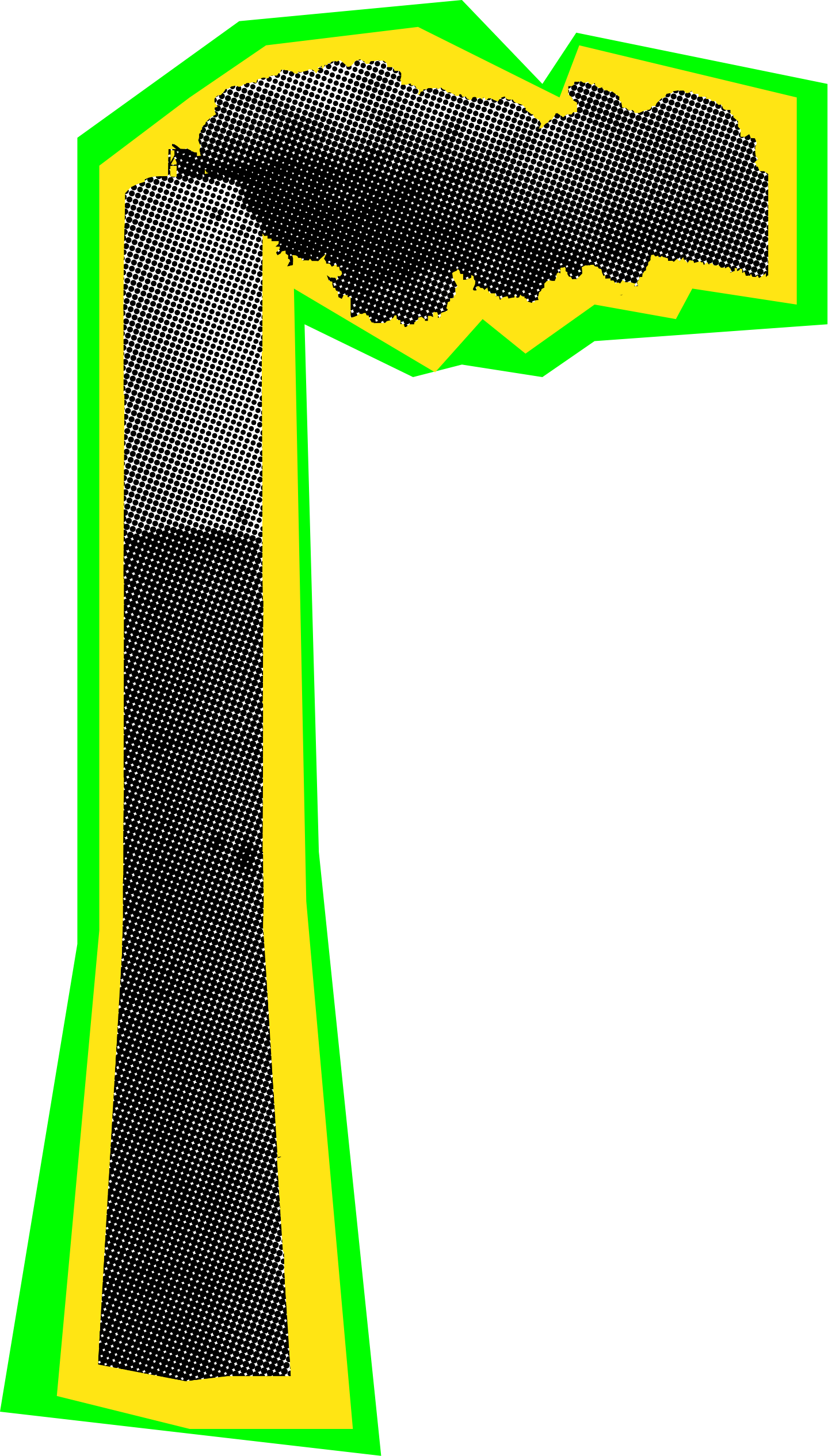 Meet The Rest of the Team

Samantha Russell is social media content creator for Emergency Reactor. She is a graduate of the University of Cincinnati where she received three undergraduate degrees: in Marketing, Business, and Sociology. Sam also has a Masters in acting from The Royal Central School of Speech and Drama. She is a professional actor and has been in several films. She is also the Co-founder of Last Looks Beauty, an organisation that addresses the need to hire hair stylists that are skilled in correct hair care practices for Black/Ethnic talent on film and television production sets. Last Looks is multinational, operating in the United Kingdom, South Africa, and the United States.

Robert Stone is an Academy Award-nominated and three-time Emmy-nominated documentary filmmaker and recent recipient of the prestigious Columbia duPont Award, considered the Pulitzer Prize of broadcast journalism. In 2013, Robert made the award-winning film Pandora’s Promise, an audience favourite at Sundance Festival which told the personal stories of environmentalists who have undergone a radical conversion from being fiercely anti- to strongly pro-nuclear energy. His other award-winning film work includes Chasing The Moon (2019), Earth Days (2009), and Oswald’s Ghost (2007). Robert lives in the Hudson Valley of New York with his wife Shelby Stone, a film and television producer, and his two sons.

Daniel Aegerter is a serial tech entrepreneur, investor and philanthropist. Growing up as the son of two nuclear physicists, Daniel learned about nuclear technology and its crucial role in mitigating climate change at a young age. In the 1990s, Daniel founded Tradex Technologies before going on to become a founder and CEO of Armada Investment Group. Inspired by his parents, today Daniel’s philanthropic work focuses on solving climate change and aiming for energy abundance. Daniel has kindly covered Emergency Reactor’s small start-up costs.